My husband Andrew, who began this blog in July 2011, died peacefully on September 3rd 2012, at the age of 83, following a sudden brief decline after long-term chronic illness. As I go through his notebooks, I come across pieces of writing which I'd like to share here. I'll date them when written, as far as I can ascertain (not all his scribblings are dated). At some point this blog will become an archive, without further additions. — Rosemary Nissen-Wade

The beginning of a story, probably intended for children; written some time in 2001.  The cat is obviously based on our cat, Levi – RNW

They called him Squeaker because when he meowed, it wasn’t a meow at all but a kind of gentle squeak like he had lost his real voice.

Even when he wanted food, Squeaker would look up at Deirdre or Drew with his big eyes, as if to say, ‘Come on, I’m hungry.’

Sometimes he would even climb his front paws up Tom or Drew’s leg as high as he could go, then looking up, let out a little squeak.

‘OK Squeaker,’ Tom would say. ‘I give in,’ and he would go to the cupboard and pull out a tin of cat’s food.

Drew, who was only five, loved Squeaker. He loved his sleek black coat and his long tail.

He often lay on the carpet in the lounge while Squeaker rolled on his back and Drew rubbed his tummy.

And some days Deirdre put baby Jodie on a rug on the carpet and Squeaker would watch and crawl closer, and Jodie would squeal with delight and reach out and touch him.

Posted by Rosemary Nissen-Wade at 12:45 AM No comments:

Against the chugging sound of the washing machine, comes Freya's strident miaow. She wants food.
Posted by Andrew E Wade - Author (1929-2012) at 6:12 PM No comments:

Freya, crouching, expecting to surprise me, leapt out from her hiding place in the corridor with a short, sharp miaow.
Posted by Andrew E Wade - Author (1929-2012) at 6:10 PM No comments:

Levi lies on the bed pretending to be asleep, but the flicking of his ears betrays the fact that he really is listening to the beat of John Denver's lively songs.
Posted by Andrew E Wade - Author (1929-2012) at 3:05 PM 2 comments:

Icecream is luscious and creamy — especially chocolate, which swirls about my mouth and brings joy and happiness into my life.
Posted by Andrew E Wade - Author (1929-2012) at 4:14 PM No comments: 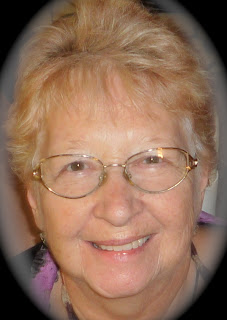 Rosemary makes me smile. She is the one whose infectious smile is catching and makes me feel happy. I want others to feel the same.
Posted by Andrew E Wade - Author (1929-2012) at 3:25 PM No comments: 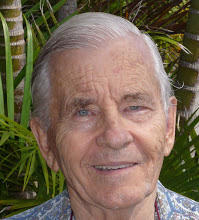 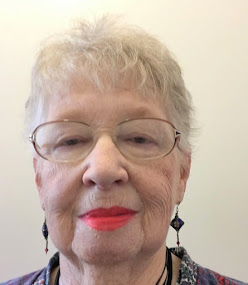